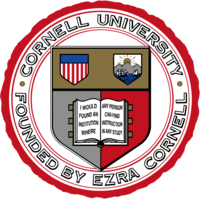 Cornell Law School, located in Ithaca, New York, is a graduate school of Cornell University. It is one of the five Ivy League law schools. The law school offers four types of law degrees, an array of programs and institutes, and over 120 courses for its students. Programs at the law school can be supplemented by the rich academic resources available in other units of Cornell University. The law school's faculty is one of the most prolific in the nation, and is also known for its excellence in classroom teaching. Among the profession, Cornell retains an excellent reputation: its graduates have the sixth highest percent placement at the top 50 law firms. Additionally, Cornell's New York bar pass rate for first-time candidates is always among the highest of any law school in New York state. The Cornell Law School was formally opened in 1887, but was moved to its present-day location at Myron Taylor Hall in 1937. The law school building, an ornate, Gothic structure, was the result of a donation by Myron Charles Taylor, a former CEO of US Steel, and a member of the Cornell class of 1894. An addition to Myron Taylor Hall, the Jane M.G. Foster wing, was completed in 1988. Ms. Foster was a member of the class of 1918, and was the first woman to serve as Editor in Chief on an American law review.

Cornell Law School is considered a Moderately Competitive law school, which accepts only 31% of its applicants. Comparatively, Cornell is Significantly Higher than the average cost for law school.

What are your chances for admission to Cornell Law School? Register now to find out!

Register
Already a member? Log In
Check out our school
graphs for more detail! 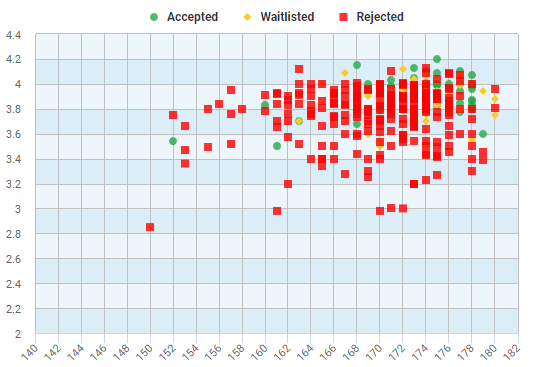 See how Cornell Law School compares to other schools.

Select another school to compare to Cornell Law School.

Cornell Law School is considered to have a Favorable student to faculty ratio. The average class size for 1L sections is approximately Above Average compared to other law schools. Student diversity at Cornell is Above Average.

Deciding to attend law school requires a large financial investment with the goal of securing employment upon graduation. The Cornell Law School class of 2021 had an employment rate of 98% with 1% pursuing an additional degree.

In 2021, 77.3%% of students reported their employment status 9-months after graduation.